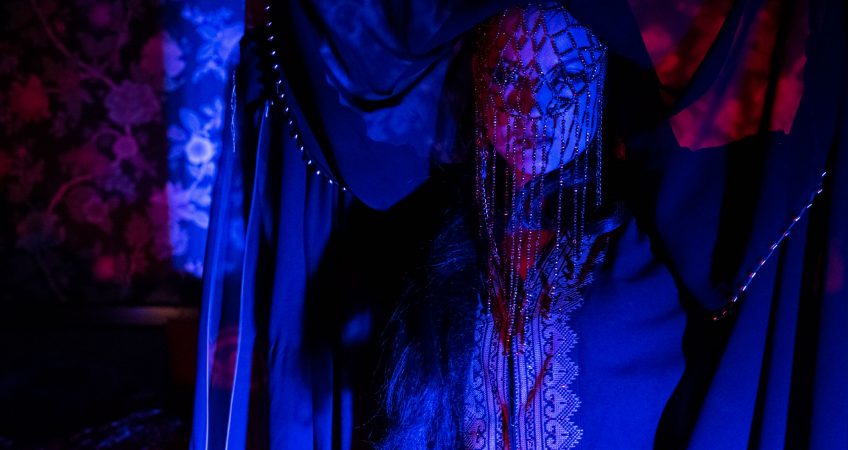 Inspired by the weird corners of the internet and the hidden gems of the world, X.X.T uses its music, videos, and experiential performances to connect and entertain audiences across the world. INSOMNIAC, presented on October 30th, 2018, was an immersive, after-hours tour through the historic Los Angeles Athletic Club’s most hidden and entrancing spaces, accompanied by surreal performances, art installations, and culminating in the world premiere of X.X.T’s haunting new music video “INSOMNIAC” – shot and performed live in the LAAC’s squash courts.

Established in 1880, The Los Angeles Athletic Club has been operating out of its building at the corner of 7th and Olive Streets in DTLA since 1912. From its outset, the Club was far more than a gym; it was a place where men and women came together to celebrate theatrics, poetry, and the ethos of sound mind in sound body. This unusual audio-visual journey joined the century-old tradition of artist collaborations at the LAAC. In 1913, a group of Club members including L. Frank Baum and Harold Lloyd founded, The Uplifters, an artists’ society within the Club with a mission, “To Uplift Art and Promote Good Fellowship.”

The Uplifters’ current heads (a role termed “The Grand Muscle” by L. Frank Baum) are Suzanne Zoe Joskow and Jennie Taylor Tucker. In 2018, the pair established an Arts Initiative in a contemporary spirit of promoting inclusion and outward-facing engagement with the Club’s DTLA neighbors..

The Uplifters’ Arts Initiative is expansive beyond the Artist-In-Residence program. We have worked with and will be working with many LA-based artists, including RETNA, Ry Rocklen, X.X.T., and local artisans curated by
Unique Markets.

Cory Hathaway, The LAAC’s Assistant General Manager, says: “We are excited to see the Uplifters’ Arts Initiative reinvigorate the Club’s century-old legacy as an epicenter for Los Angeles artists. One of the reasons the LAAC has thrived in Downtown LA for over 100 years is that we are always evolving and embracing new ways to serve our community.”