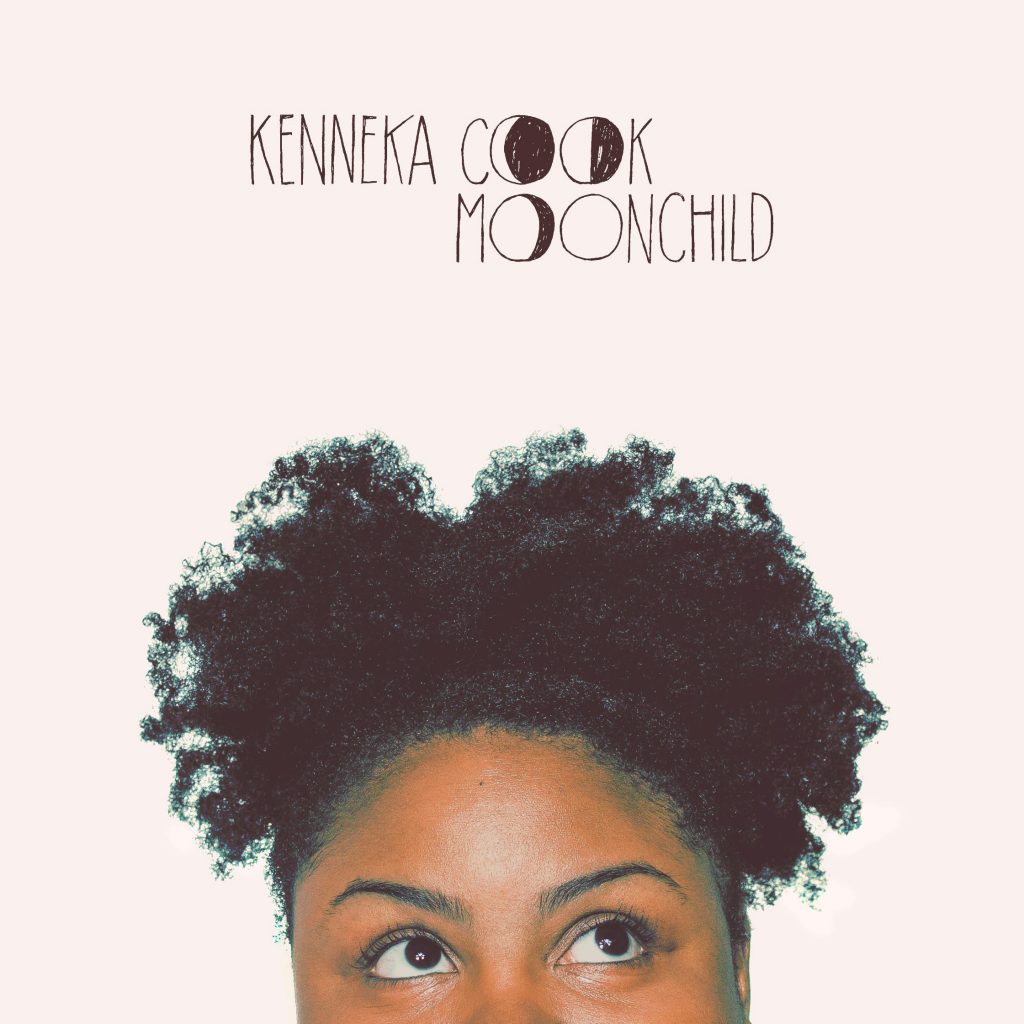 Moonchild, the upcoming début release from Richmond, Virgina’s own Kenneka Cook, is self-described as a small window of what goes on in this musicians head.

Recorded over the course of three months in a friends living room, it flows with “homegrown” exhilaration and warmth from a handful of Richmond’s best musicians. Yet it is Cooks’ writing about space and the night sky, a vocal transparency that delivers each inflection and acceleration with humanity and grace. And a vast musical IQ that makes Moonchild glow.

Her incorporation of live-looping is an additional platform that trots out all the gears that her voice excels at.  From a frolicsome cover of Vampire Weekend’s “The Kids Don’t Stand A Chance” to the iconic “Bang Bang” made famous by Nancy Sinatra, Cooks’ eclecticism brings left field causeway delights to her atypical jazz and soul release.  Moonchild is set for a February 23rd release on American Paradox.

Here’s our exclusive Q + A with the rising star:

PL:  Hello Kenneka. Explain, if you can, the moment you saw Reggie Watts incorporating live looping into his performance. What, at that moment, did it mean to you as a performer?

KC: A few years ago a friend of mine was telling me to check out some of Reggie Watts’ comedy clips on YouTube. I didn’t know about live looping before that, but after I saw it I was hooked. It meant I had a new way to musically express myself, covering and writing songs. It was something different which made it challenging but also really intriguing to figure it out at the same time.

PL: How would you describe your upcoming project “Moonchild”?

KC: Moonchild is a small window of what goes on in my head, what influences me musically, spiritually and emotionally. Some songs that were written with the loop pedal got converted into songs with a  full band, while others kept a simple loop feel to them.  It was recorded in Richmond in producer Scott Lane’s living room in a house over 100 years old.  It has a handful of some of Richmond’s best musicians featured on it.  Richmond may be a city, but it seems like there’s a “two degrees of separation” between everybody.  I think that element makes it easier for artists to influence and learn from one another compared to being a bigger city.

PL: What was the inspiration for covering the Sonny Bono composition “Bang Bang” made popular by Nancy Sinatra and the merrymaking version of “The Kids Don’t Stand a Chance” by Vampire Weekend. Two songs, I believe, that have never resided on one release.

KC: ”Bang Bang”  is the first song that plays in the movie Kill Bill Vol. 1. That’s the very first time I heard it. I think the song is beautiful with just  Nancy Sinatra vocals and a guitar.

The director Quentin Tarantino uses Ennio Morricone’s compositions a lot in his films. I am a fan Morricone’s music in other cinematic soundtracks as well. It’s sort of an homage to him at the end of the track.

I actually first heard Vampire Weekend on Pandora radio. They have a cool sound. “The Kids Don’t Stand a Chance” is a simple (loop-able) but powerful song. It was fun to put a new twist on it with different vocal effects, layers, and harmonies.

PL: Oh wow. I noticed you have Marcus Tenney, the trumpet player from Foxygen backing you up on here. There are so many moments on this release that do not sound like it’s a début release. Do you let “loose” a bit in your live performances?

KC: I believe so, especially when I  am with the full band.  When I’m looping I’m more zoned in on my timing, the beat, the harmonies. But when I’m with the band I don’t have to focus on those things as much, so it gives me room to shake a tambourine and let loose.

PL: One Last Question. As an artist who uses a live looping process, a new way to make music…How do you feel about vinyl records being a stable come back platform? And now cassettes and burned hand-written CD making a slow trickle of a comeback. What do you think it means?

KC: I love vinyl. I love going to the record store and searching through vinyl and CDs. Digital music is great, but there’s something about being able to physically hold the music that makes it special. I think it means people aren’t done with the old ways of listening to music just because there is newer technology available. Both options can be out there for listeners.

Get the album here

By John-Paul Shiver for Pulp Lab @channelsubtext Somehow I missed the fact...